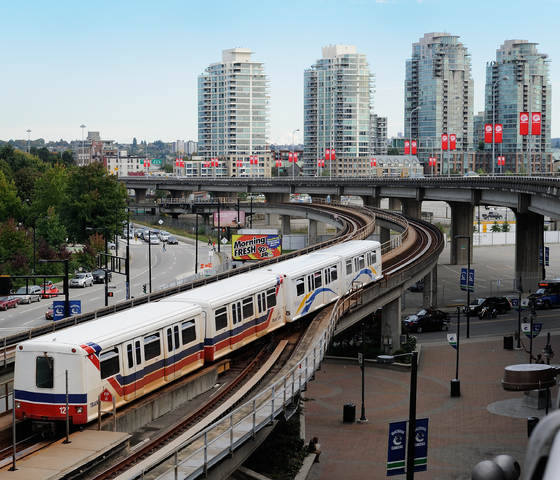 Part 11.—What to See in British Columbia.

British Columbia, separated as it is from the rest of Canada by a broad swath of mythological territory, is rather different from the other civilized provinces. For some time in the earlier years of the automobile, for example, British Columbians drove on the left, while the rest of Canada drove on the right. The province is now officially right-hand-driving; but to this day, many drivers in Vancouver maintain the earlier tradition.

Vancouver has an elevated rapid-transit system much like that in Chicago or the Market-Frankford Line in Philadelphia. The authorities in Vancouver, however, have made the useful discovery that, whereas calling the system an el (as in Philadelphia) or an L (as in Chicago) makes it old and rattly and unattractive, calling it a SkyTrain makes it futuristic and modern and Disneyish. Branding is the key to success in any endeavor.

Victoria, the capital of British Columbia, has registered the word “quaint” as a trademark in Canada, and actively protects its intellectual property.

The Queen Charlotte Islands, famous for their scenery and culture, were officially renamed Haida Gwaii as part of an agreement with the First Nations inhabitants acknowledging their centuries of mistreatment by European settlers and their descendants. In return for the renaming, the Haida agreed not to expect too much in the way of anything actually worth money.

The mountains of British Columbia are tall, snow-capped, and awe-inspiring, and best seen from a distance, which can be accomplished from Vancouver without straying too far from the nearest Starbucks.

The interior of British Columbia is inhabited by large numbers of grizzly bears, which are tame, friendly, and lovable critters that enjoy a good cuddle, according to a government brochure published under the Tourist Reduction Act of 2012.