Sir: Several of my neighbors have yard signs with the appallingly provocative slogan “WATER IS LIFE.”

“Water is life!” Try telling that to the two thousand people who died in the Johnstown Flood! Try telling that to the passengers who went down with the Lusitania! I’ll bet they didn’t go down singing “Water is life” while the stuff filled their lungs. What’s wrong with these neighbors, anyway? Can’t they see through this transparent pro-water propaganda? I don’t know who’s behind this, but I’ll bet it’s the Public Utilities Commission. They’ve been trying for years to snooker me into connecting my house to running water, but I prefer to drink from the pothole down the street. Do you know that the Pittsburgh Water and Sewer Authority keeps a reservoir with enough water to drown every man, woman, and child in Highland Park? I bet you didn’t hear that in your pro-water propaganda, did you, Mr. Water-Is-Life? I bet they didn’t tell you that 90% of the damage in Hurricane Sandy was caused by water, according to plausible figures I invented myself, did they?

Also, this flatware said it was “stainless steel,” but this knife has dried peanut butter all over it. What’s up with that?

CONGRATULATIONS POUR IN FROM FOREIGN LEADERS. 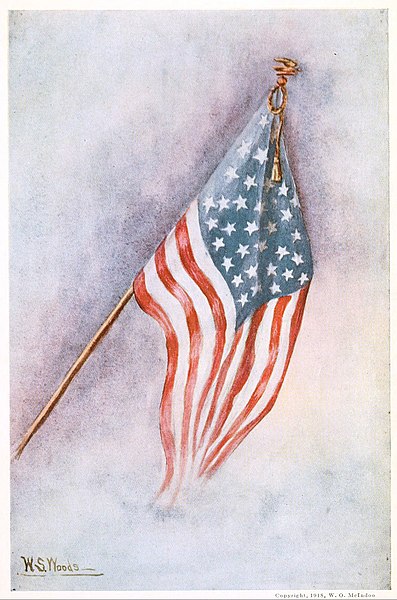 Xi Jinping, General Secretary, Chinese Communist Party: The congratulations of the Chinese people to President-Elect Biden. As majority stakeholders in your illustrious nation, we look forward to a continued close partnership on global and regional affairs, and we should like to extend an Introductory Offer of 0% interest for the first six months on new debts incurred during the first year of your administration.

Justin Trudeau, Prime Minister, Canada: Cool. We had, like, a really sucky relationship with that other dude, so this is gonna be groovy.

Vladimir Putin, President, Russian Federation: We look forward to cooperating with the legitimately constituted authorities in the United States in the investigation of the Biden crime family. Our agent Katinka may have some evidence that might interest you.

Volodymyr Zelensky, President, Ukraine: You’ve been here, right? Ukraine is the one east of Poland, south of Belarus, west of Russia, north of the Black Sea. Just wanted to make sure we had that straight.

Ram Nath Kovind, President, India: Congratulations to our sister Kamala, the first Indian-American Vice President of the United States! Your career is truly pathbreaking! You are an inspiration to all of us! And tell Joe we remember him from 2013.

Andrew Holness, Prime Minister, Jamaica: Congratulations to our sister Kamala, the first Jamaican-American Vice President of the United States! Your career is truly pathbreaking! And there was some other guy I was supposed to mention, but I can’t remember his name.

Faustin-Archange Touadéra, President, Central African Republic: Yeah, we got our own troubles.

Kim Jong-un, Precious Little Leader, Democratic People’s Republic of Korea: We look forward to a productive relationship and to not raining down an apocalyptic firestorm from hell on your cities.

Cyril Ramaphosa, President, Republic of South Africa and 10 Other Official Names: We are delighted to welcome President-Elect Biden, and we hope that his election signals the readmission of the United States to our exclusive little club of stable democracies.

Elizabeth, by the Grace of God Queen of Antigua and Barbuda, Australia, the Bahamas, Barbados, Belize, Canada, Grenada, Jamaica, New Zealand, Papua New Guinea, Saint Kitts and Nevis, Saint Lucia, Saint Vincent and the Grenadines, the Solomon Islands, Tuvalu, and the United Kingdom of Great Britain and Northern Ireland: We have always felt a parental concern for our straying children, and we should like to assure them that, should their adolescent experiment with republicanism lose its appeal, there is always room under our crown for one more.

Police were summoned to the Faraday cage at the Duck Hollow Museum of Natural History early this morning when a museum security guard discovered that Michael Faraday had escaped. He is described as a man of middle height, a little shy of 229 years old, clean-shaven, with thick gray hair parted on the left, a black jacket and waistcoat, a prominent black cravat, and the strength of forty demons. Citizens who see Faraday are advised to report his location to the city police, then calmly pack a few belongings and drive to a random city no less than five hundred (500) miles away, where they should check into a hotel under an assumed name and await news of Faraday’s capture.

THE 7 MOST INTRIGUING CLICKBAIT HEADLINES YOU CAN’T ACTUALLY CLICK ON.

Meet the adorable kitten who controls your credit score.

She heard a noise in the night and got up to investigate. What she found revolutionized the paper-towel industry.

Sir: In my life I have seen many egregious examples of “identity politics,” but I had always thought that the sacred science of Medicine, at least, would remain a refuge from such flummery. How wrong I was! For only last night, at a cocktail party at the home of the well-known socialite Clytemnestra Pnyx, I was introduced to a supposed doctor; and when I began to ask him about the liver spots on my pancreas, he told me—I remember his exact words—“Sir, I cannot help you, as I am a doctor of puerperal medicine.”

As if color had anything to do with a man’s health! What difference does it make whether I am yellow or red or puerperal? Does the color of a man’s skin determine whether he is worthy to receive medical care? I had thought we had fought a civil war over that issue. I had been under the impression that our side had won. Yet now comes this so-called doctor and insists that he cannot help me because I do not meet his preconceived notion of the proper color for a patient of his.

I felt mortally insulted, I can tell you. Yet I did not sink so low as to make fun of the man’s comical speech defect. I for one will not denigrate a doctor on such whimsical grounds. I ask only as much of him, no more. I have a dream that one day medical patients, red, black, brown, yellow, white, green, or puerperal, will not be judged by the color of their skin but by the content of their pancreaseses—their pancreasusseses—by their pancreatic content. Am I an unrealistic idealist? Perhaps. But I will stand up, howsoever unrealistically, for my one ideal, that the science of medicine should not be tarnished by identity politics. Who will stand with me?

MORE THAN THIRTY televisions in restaurants and waiting rooms around the metropolitan area mysteriously switched to a documentary film entitled “Daniel Burnham, Make No Little Plans.” Homeland Security agents are investigating but a spokesman warned that no one is safe and we should all be very afraid. Patrons at Dunnings Sports Bar in Etna were particularly affected by the outrage, with eight reported hospitalized with cardiac-related problems after an important play in the Bengals/Browns game was interrupted. The only clue to the identity of the mysterious malifactor behind the attack came in the closing credits of the documentary, which identified it as “A Brazo Production”.

WHY THE LIBERTARIAN PARTY CAN’T BE SATIRIZED:

Because you can’t beat them at their own game.

Someone who changes his name to “Sol Invictus” in honor of the favorite deity of the Roman legions has a bit of an ego problem. Someone who does so and then, when he speaks to reporters, translates “Sol Invictus” as “majestic unconquered sun” has an ego too big for this continent.

Sir: My daughter Chamaecrista came home from school last week and told me her math teacher said they were going to use Arabic numerals for everything in math class.

Well, I guess the terrorists have won. Good old American numbers were just fine when I was growing up, but I guess now the Islamofascist socialist Nazis on the school board want our kids to learn to hate America and everything it stands for.

Wake up, people! Can’t you see that getting Arabic numerals into our classrooms was just a dry run? If we didn’t object, then those Arabs would come at us with their “algebra” and other unnatural perversions. That’s what happens when you let down your guard for an instant.

Fortunately the school principal is my brother-in-law Alf, so I went straight to him, and he agreed to send that teacher straight to a detention camp in Guantanamo Bay. Of course, after her lawyer got involved, it somehow got changed to early retirement with full pay and a masseur named Bjorn in a beachfront cottage in the U. S. Virgin Islands, but that’s lawyers for you. The important thing was that we showed her the terrorists can’t win. Not while I’m around.

——Sincerely, James XIV, Legitimate King of England of the House of Stuart