International Typewriter Appreciation Month does not roll around until February, which is simply too long to wait to share this delightful collection of writing machines, all from advertisements in the same issue of the Century Magazine in June of 1890. The typewriter business was much more interesting in 1890 than it would be even ten years later. Partly to avoid paying patent royalties, and partly in a spirit of genuine experimentation, manufacturers came up with an amazing diversity of designs, most of which would be weeded out in the next few years.

We begin with the Remington Standard, by far the most popular typewriter of the day, and the one that looks most like the office typewriters of the future. The main difference, though, is that it is not a “visible writer”: the type bars strike upward on the bottom of the platen, so that you cannot see what you have typed until you advance the paper a few lines.

The Smith Premier is a “full-keyboard” model. There is no shift key, because there are separate keys for capital and lower-case letters. Many typists believed they could type faster on a full keyboard, and they may have been right. 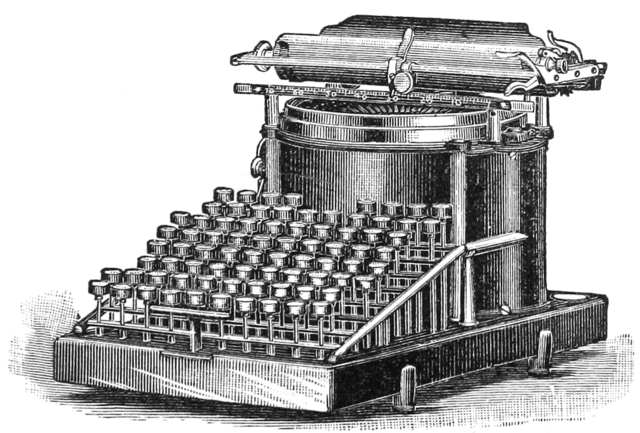 The Yost is another full-keyboard machine. Mr. Yost was an engineer on the original Remington typewriter; his machines under his own name were moderately successful for a while. 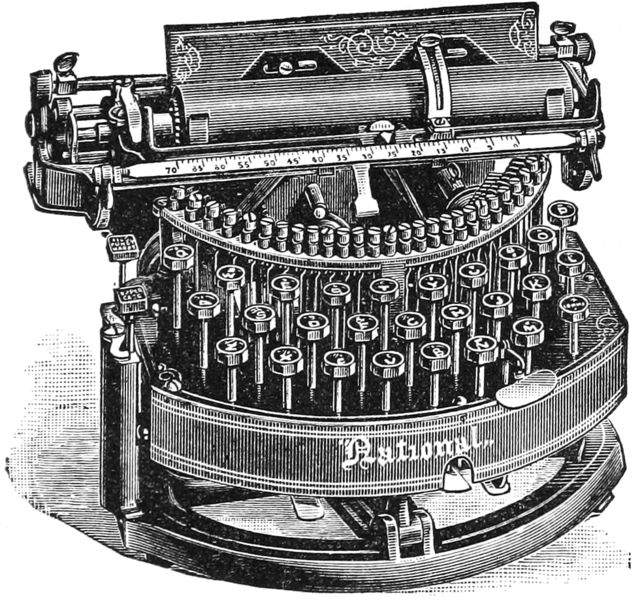 The National has a curved keyboard, which was a popular idea in the 1890s. It was supposed to be, to use a term we should apply to it today, ergonomic. It was a nuisance and died out quickly.

The Crandall had two curved rows of keys. Typists in the 1890s might have to learn an entirely new keyboard arrangement if they changed employers. Odd as it looks, this is the only “visible writer” among the keyboard typewriters here—“Writing always in sight” was the company’s slogan. 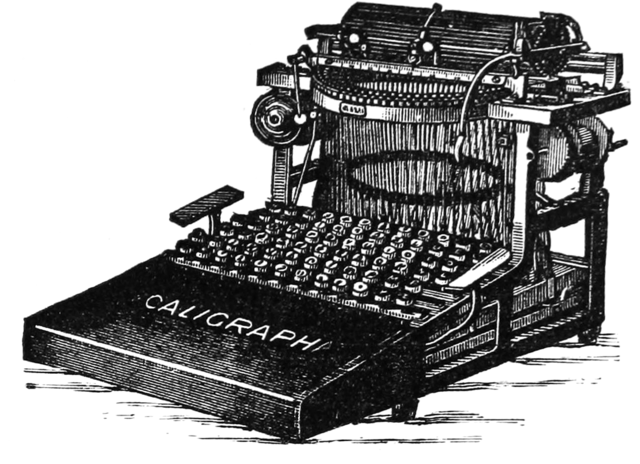 The Caligraph is notable for the long front panel that separated the typist from her work, under which the type bars bounced up and down. Typists used it as a wrist rest. 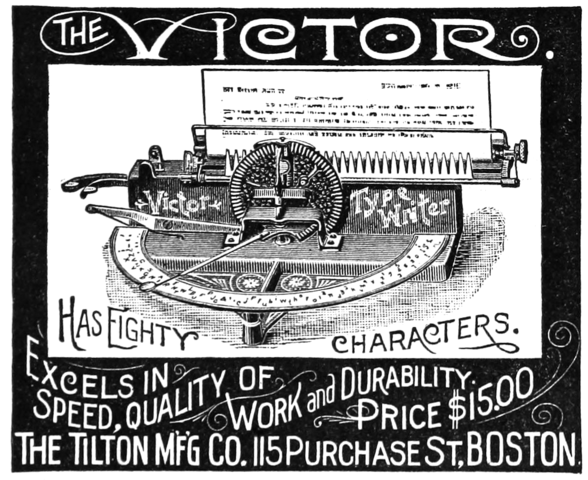 Finally, the Victor is an index typewriter. By moving the pointer to the letter you want and pushing down on the lever, you can laboriously produce typewritten correspondence indistinguishable from that produced on a keyboard typewriter. It was not ideal for a busy office, but it cost a fraction of the price of a keyboard machine, making it suitable for occasional professional-looking writing in a non-professional setting. People who own them say that they are much faster to use than you would think.