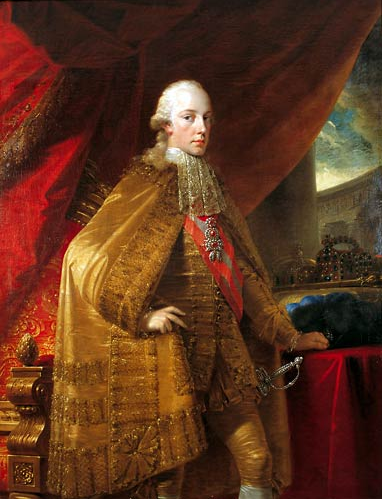 Francis II, the last Holy Roman Emperor: not really holy and not really Roman, but arguably an emperor.

On this day in 1806, the Holy Roman Empire winked out of existence after a thousand years. It had long since become an institution of such staggering irrelevance that its Emperor also had to be King of Hungary, Emperor of Austria, King of Bohemia, King of Dalmatia, King of Croatia, King of Slavonia, King of Galicia, King of Lodomeria, Archduke of Austria, Duke of Lorraine, Duke of Salzburg, Duke of Würzburg, Duke of Franconia, Duke of Styria, Duke of Carinthia, Duke of Carniola, Grand Duke of Cracow, Grand Prince of Transylvania, Margrave of Moravia, Duke of Sandomir, Duke of Masovia, Duke of Lublin, Duke of Silesia (Upper and Lower), Duke of Auschwitz, Duke of Zator, Duke of Teschen and Friule, Prince of Berchtesgaden and Mergentheim, Princely Count of Habsburg, Gorizia and Gradisca and of the Tirol, Margrave of Upper and Lower Lusatia and in Istria, and King of Jerusalem, just to feel as though he had amounted to something.