about the names of Pittsburgh alleys a while ago—or rather ways, since there are officially no alleys in Pittsburgh. Our friend Father Pitt points out another interesting name from a 1923 map. (It appears that, on current maps, this is regarded as a continuation of Diaz Way.)

fact that there are no alleys in the city of Pittsburgh. Like most facts, this one is not true except in a meaningless technical sense: that nothing in Pittsburgh is officially called an alley. Some alleys are called “street” or “avenue” (for that matter, many a concrete or wooden stairway is called “avenue”), but the usual name for an alley is “way.”

But “ways” seem to be named as often as not by flipping open a dictionary or encyclopedia at random and pointing at a word blindfolded. Here, in no order at all, is a list of “ways” in Pittsburgh whose names have at various times struck Dr. Boli as odd or amusing:

Now, for the sake of absolute honesty, Dr. Boli will note that one of those odd names has a foundation in history. Rope Way was a rope walk two hundred years ago: a rope factory was set up next to it, and a long straightway was necessary for pulling the strands straight and twisting them together. Perhaps some of these other ways have similar histories: perhaps they ran past manufactories of asteroids or betty jane ralphs. But Dr. Boli does not know those histories, so the names remain inexplicable to him.

most of it is a stairway, because it exists in Pittsburgh. It is a very short walk from the Hampshire stop on the Red Line trolley. There is nothing in particular to see except a few very Pittsburghish houses and storefronts and an old neighborhood silent-movie palace, but you can tell your friends you have walked the entire length of Parody Way, and they will be suitably impressed.

This is strict truth, because Dr. Boli considers April Fool’s Day the most sacred holiday of the year.

Five Famous Buckets You Must See Before You Die.

The Old Oaken Bucket, located at the Woodworth House in Scituate, Massachusetts, inspired the famous song by Samuel Woodworth——

The old oaken bucket, the iron-bound bucket,
The moss-covered bucket which hung in the well.

This remains one of the most famous songs ever written about a bucket.

The Devil’s Bucket, northeast of Dead Armadillo, Texas, is a hole in the ground, approximately twelve feet in diameter, whose shape gives it an uncanny resemblance to a large bucket.

King Ethelbeard’s Bucket, a large golden vessel encrusted with precious stones and elaborate Saxon filigree work, is used by Queen Elizabeth to water her petunias. It may be viewed by the public at Buckingham Palace every year on Bucket Day.

The Amazing Farmer’s Bucket Theme Park in Qianxinan Buyei, China, has as its centerpiece a three-hundred-foot-tall mechanical figure of a farmer carrying a bucket. Riders ascend an elevator to the shoulder and slide down the interior of the arm into the bucket, and the “farmer” dumps them on his “garden.” 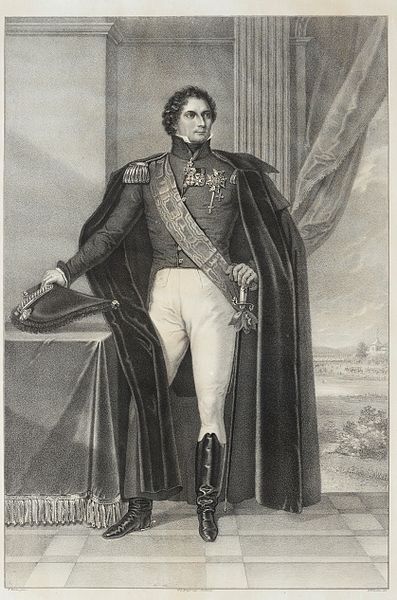 Probably not in South Africa.

In Porto-Novo, Benin, laundry cannot be hung out to dry until it is blessed by the Archbishop.

Any resident of Coosawhatchie, South Carolina, who ambles across the highway in less than four and a half minutes is socially ostracized and has to move to Ridgeland.

In Cleveland, every April 1, traffic police amuse residents by enforcing the no left turn signs.

In New Delhi, it is customary to give cabinet ministers gifts of socks with gold clocks in the hope of favorably influencing their decisions. It never works.

When a freshly married couple in Yoshinogawa, Japan, reach their new abode, the bride is carried across the threshold by an Amazon Prime delivery driver.

It is considered poor manners to wave frantically with the left hand while falling from a tall building in Dubai.

PITTSBURGH TOPOGRAPHY EXPLAINED IN ONE PICTURE.

This old Polish school is located in a neighborhood called the South Side Flats.

A VERY POETIC TELLER MACHINE AT THE VATICAN. 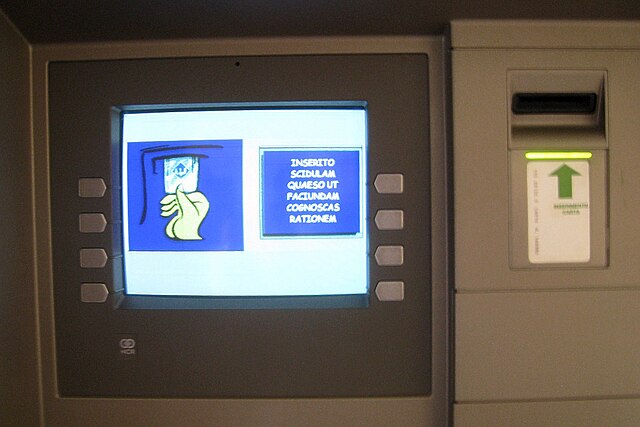 Photo of a Vatican City teller machine by Seth Schoen, who has released it under the Creative Commons Attribution-Share Alike 2.0 Generic license.

In one country in the world, you can use a teller machine in Latin, which makes Dr. Boli happy. The Google translation of the words on screen (click on the photo to enlarge it) makes him even happier. Dr. Boli knows that Google Translate’s Latin translations tend toward the surreal, so he had to find out what Google had to say in this case. Dr. Boli interpreted “Inserito scidulam quaeso ut faciundam cognoscas rationem” as something like “Please insert card for operating instructions.” But Google interprets it as “I beg you to do anything you know them to the character of a card inside the mouth.” That is much more poetic than Dr. Boli’s interpretation.

IF YOU LOOK up “Smyrna” in Google, you get a little box with the beginning of the Wikipedia article: “Smyrna (Ancient Greek: Σμύρνη, Smýrnē or Σμύρνα, Smýrna) was a Greek city dating back to antiquity located at a central and strategic point on the Aegean coast of Anatolia.” And you get a map of Smyrna and its suburb Clayton and the 3 Palms Zoo & Education Center.

SOMETIMES LIFE IS A CARTOON.

A street scene in Colonial Williamsburg: a carriage driver in colonial garb uses a colonial iPad to capture a group portrait of the passengers.

Martin the Mess writes, on the subject of French-derived place names, “Here in Illinois, we infamously mispronounce most of our French-derived placenames, such as Versailles (Ver-SAYLES), Des Plaines (DESS-Playnes), and Cairo (KAY-Row). I know the last one there is technically not French, but we manage to blame them for our mangling of it nonetheless.”

There is a borough of Ver-SAYLES on the Youghiogheny just outside McKeesport, and it is likely that there are many others in the United States. But Dr. Boli does not regard “Ver-SAYLES” as a mispronunciation. Famous foreign places have English names—Rome (not Roma), Moscow (not Москва), Munich (not München), Athens (not Αθήνα or Ἀθῆναι), and so on. As we become more ignorant of foreign places, we lose those native English names for them one by one, and have to go back to the foreign names when we do want to talk about them.

One of the more recent losses is Marseilles, so spelled (and pronounced “Mar-SAYLES”) until well past the middle of the twentieth century. A Merriam-Webster Geographical Dictionary from 1966 gives “Marseilles” as the only recognized spelling in English, and “Mar-SAYLES” as the only recognized pronunciation. Now, of course, you will be either politely corrected or snobbishly derided if you use the English spelling and pronunciation.

The same thing happens with foreign personal names. Who recognizes the name “Tully” today? We must say “Marcus Tullius Cicero” if we are to be understood. Yet the use of the correct Latin form is not a sign of better education, but of darker ignorance. Tully had an English name because he was a subject of everyday conversation in English.

Thus we may take the persistence of an English name for a foreign place as an indication that English speakers can still imagine that place as actually existing and potentially worth talking about, whereas foreign places that have lost their English names are at best unsubstantiated geographical rumors.

There is still no excuse for DESS-Playnes.