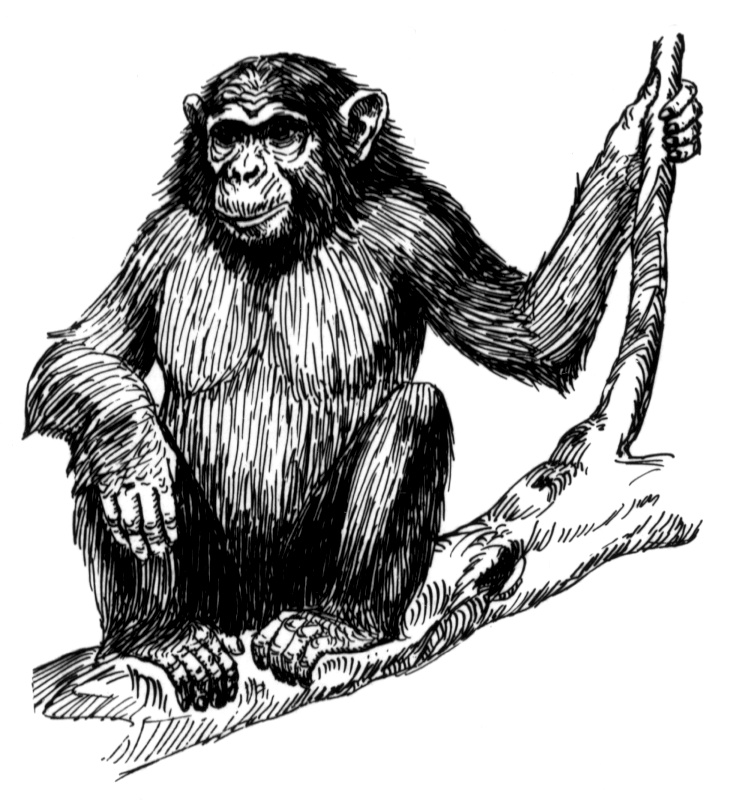 On behalf of all evolutionary biologists, paleontologists, and other researchers in related sciences, I feel it is my duty to offer an unreserved and wholehearted apology for the egregious error which my peers and I, through ignorance and more than a little arrogance, have perpetuated in the scientific literature for well over a century now.

I refer, of course, to the supposed theory, which we can see now is no more than a failed hypothesis, that human beings evolved from more primitive apes. I now see that this is the most colossal error in science since the geocentric theory.

Like other scientists, I was smugly certain of myself. I used to give lectures on evolutionary theory, for which I received some considerable fame in my field. But then, one day last week, a rather confrontational audience member asked me a question for which I had no answer:

“If humans evolved from apes, how come there are still apes?”

“Well,” I began confidently, and all at once I stopped.

There are still apes?

Why had I not been informed? Why had none of my colleagues been told? This one simple fact, if it were true, would strike at the root of the theory we had so laboriously built on the foundation of Darwin’s hypothesis of natural selection. But surely there could not still be apes alive! Surely they had all evolved into humans a million years ago!

Alas, it was all too true: with a simple trip to the zoological park, I was able to see living apes with my very own eyes.

Believe me when I say that I had never considered this possibility. That is the only excuse I, and literally millions of scientists like me, can offer. If only someone had shown me an ape at the beginning of my career! If only my biology textbooks in college had mentioned that apes still exist! It seems almost incredible when you think about it that not one single evolutionary biologist had heard of the existence of apes until just last week, but I assure you that it is so. If we had known that apes existed, then of course we should not have promulgated such a blatantly absurd notion as that they had evolved into human beings.

I understand that my excuse is feeble. I, and the rest of the scientific world, had the responsibility to investigate the question, rather than simply assume as fact that apes had disappeared. Therefore, I can only offer my humblest apologies to the many people we have misinformed in the past, and I trust that my colleagues will do the same.

I do owe an immense debt of gratitude, however, to that one persistent questioner from the audience—whose name, I regret to say, has escaped me. Without his elegantly simple question, I should never have known that evolutionary theory is built on a completely false assumption.

At any rate, it is clear to me that my life’s work is but straw, and I have an interview for an assistant-manager position at Hardee’s tomorrow.