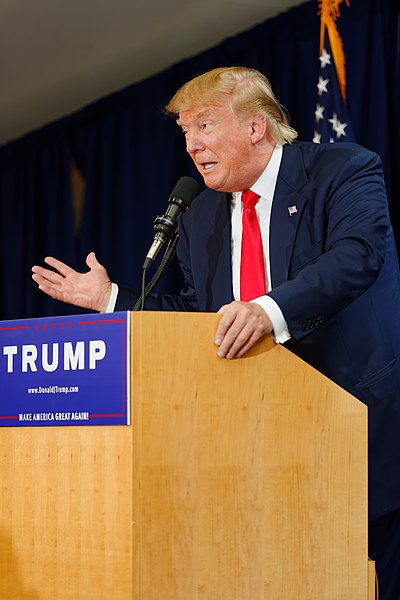 Asserting that Americans have been “systematically belittling and degrading” him, Mr. Donald Trump has filed suit against the citizens of the United States of America for intentional infliction of emotional distress.

According to Mr. Trump’s attorney, Otto Teufelsklave, the entire population of the United States, “or a significant portion thereof,” has been making fun of Mr. Trump on Facebook, on Twitter, and even on blogs.

The suit asks for damages in the amount of $1.3 trillion.

“The number of persons who have participated in this behavior is shocking,” said Mr. Teufelsklave. “It is time Americans learned that Donald Trump, at least, will hold them responsible for their actions. Furthermore, even those persons who did not personally belittle Mr. Trump had the responsibility to prevent or report acts of belittlement.”

If Mr. Trump wins the suit, each American citizen will owe him approximately $4,333.34, according to a fourth-grade arithmetic teacher consulted by the Dispatch.

As an incentive to “do the right thing,” however, Mr. Trump has instructed his lawyer to deduct 10% from the amount of damages if Mr. Trump is nominated as the Republican candidate for president, and 20% if he wins the general election.