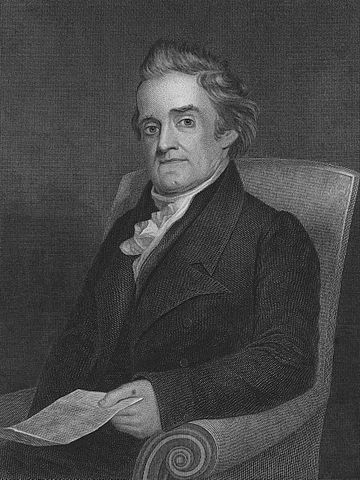 We have heard a great deal about STEM education in the past few years. Dr. Boli admits to having been puzzled the first time he heard the term: why was botany suddenly so important to American competitive vigor, and why not the roots, leaves, and flowers as well? But he soon discovered that we were dealing with an acronym. The power of acronyms in political thought would be a subject for another essay; for now, we may note only that, once an acronym for it has been discovered, the thing becomes true, and the necessity of implementing the acronym cannot be questioned.

But is STEM really what we need? Science, Technology, Engineering, and Mathematics are all good things, in moderate quantities. But they are not the whole universe. The United States already leads the world in the number of computer-science graduates working at Starbucks until they can get a real job. Do we really need to create more? Is the demand for baristas really so insatiable?

It seems to Dr. Boli that what is lacking in the discussion of STEM is balance. It is good to teach our young people to think scientifically, but they should also be able to think in other ways. An architect, for example, ought to have a solid grasp of engineering, or his buildings will fall on his head, or on someone else’s head. But if he has nothing in his head but engineering, then we shall be subjected to the aesthetics of the second half of the twentieth century, and it was enough to live through the International Style once. Engineering should be made to serve an artistic vision, which is precisely what is missing from the discussion of STEM in education.

So Dr. Boli would propose diverting the discussion of STEM education into a broader field. He identifies four main components of education, and all four of them are necessary if we are to build the world Dr. Boli wants to live in.

First, we must not abandon Science. The ability to think scientifically is necessary in every discipline. Even a poet needs to recognize when her meter is defective. Science, in Dr. Boli’s mind, includes mathematics, which is the most scientific of all the sciences, as well as technology and engineering, which are the application of scientific principles to useful purposes.

But we also need the Humanities. By the Humanities, Dr. Boli means everything that appeals to the soul by other means than pure reason, but especially in written form. Poetry, religion, criticism, fiction—the great works of the human spirit are as necessary to the formation of young minds as the great principles of science.

To the list Dr. Boli will add Art. Not that art might not be included in the humanities, but Dr. Boli makes it a separate field of education because he believes that young people must be creators of art, and not just consumers of it. Every child ought to learn to draw: not just by being given paper and a box of crayons, but by being taught that there are methods of reproducing on the paper, with the crayons, what one sees in life.

For the same reason, Dr. Boli separates Music as its own special category in education. Every young person ought to be proficient in at least one musical instrument, even if it is his own voice. Again, the production of music, rather than mere passive consumption, is what is wanted.

Dr. Boli believes that any child educated in these four fields will become a well-rounded adult fitted for any station in life and welcome in the best society. Science, the Humanities, Art, and Music are the foundations of not only a balanced curriculum but a balanced life. As it happens, they also make an easily remembered acronym. Dr. Boli therefore humbly suggests that his readers write their state legislators and inform them that we, the concerned citizens of such and such state, will not rest until all our children are given the SHAM education they deserve.