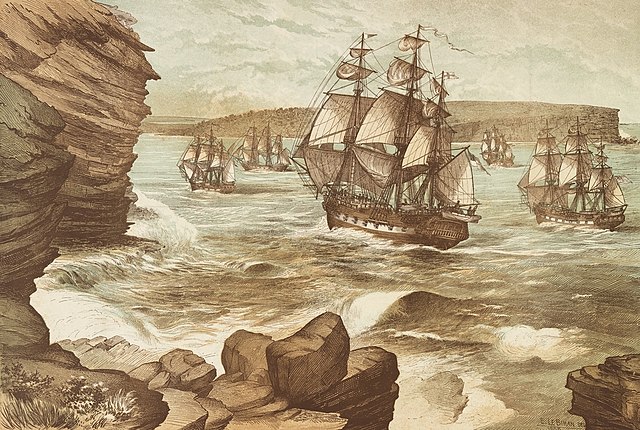 On this day in 1788, the HMS Supply became the first ship of involuntary English colonists to reach Australia, founding the new colony of New South Wales. In spite of the abundance of stores, however, the new colony led a precarious existence until the arrival somewhat later of the sister ship HMS Demand.