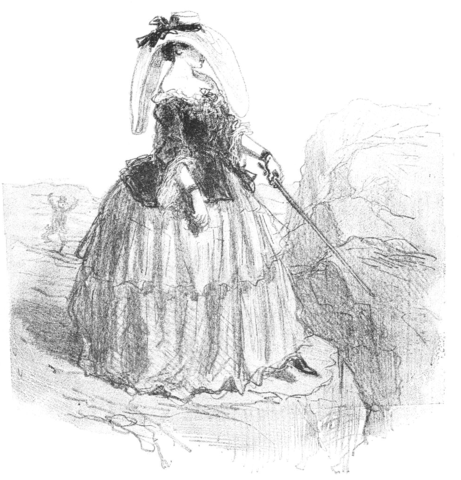 Two days ago, Dr. Boli suggested to literary historians that they should eliminate the word “transgressive” from their vocabulary, on the grounds that the word says absolutely nothing. A certain professor of literature, who may or may not be a fictional character himself, asked Dr. Boli why he thought this was so, and Dr. Boli answered that the word had become utterly meaningless because there was literally no work of literature to which it had not been applied. This led to an argument that in some circles might have come to blows, but instead came to Internet searches, which in literary circles is the same thing.

The question, to repeat, is whether there is any work of literature to which the word “transgressive” has not been applied. To answer it, Dr. Boli asked himself, What is the least transgressive (in the original sense of the term) work of literature in English? Surely it would have to be Pamela; or, Virtue Rewarded, by Samuel Richardson, the enormously popular novel whose utterly conventional middle-class commercial morality so disgusted readers of real feeling that it literally created the greatest novelist in the English language merely to respond to it: namely, Henry Fielding, who began his novel-writing career by writing parodies of Pamela.

So we search Google for “Richardson Pamela ‘transgressive,’ ” and what do we find?

“Richardson creates a socially transgressive heroine in Pamela. Able to withstand the sexual advances of her male prerogative, reform her…” (Evidently the word “prerogative” has also come to mean something else while Dr. Boli’s back was turned.)

“Castle argues that the transgressive events of Part 1, in which a member of the…”

“…as a sign of virtue assumed a more transgressive aspect in Pamela.”

“…telling her own story is, in the eighteenth century, transgressive for a…”

“…to the audience about the title-character’s transgressive social situation.”

Well, perhaps we picked the wrong novel. But is there any novel in English to which the word has not been applied?

“In the first half of his career, Dickens wrote some of the most important novels of the nineteenth…They are exorbitant and transgressive books, with an inventive comic force unprecedented in the English novel.”

“The Dialogic Mode in Jane Austen’s ”Northanger Abbey”: The Manorial…which contextualizes and substantiates the transgressive character of…”

How about “Trollope Prime Minister ‘transgressive’ ”?

“…transgressive, antibourgeois elements in a novelist like Trollope. On controversial…”

How about “Horatio Alger ‘transgressive’ ”?

“Moon’s topic is gender and class relations in Horatio Alger’s mid- to…Moon describes Alger’s discourse as transgressive, as a way of…”