Watch this video about “time-travel rephotography,” if you think you have time. Or if you don’t, allow Dr. Boli to summarize it for you. The makers of the video are convinced that they have found a way of restoring old photographs using a neural network so that we now know what the people in them really looked like.

The makers of the video are wrong.

They are wrong because they are ignorant of the art of photography. They are not entirely ignorant of the science of photography, but they have no idea how much effort went into making those photographs look exactly the way they did, and not some other way that would look more natural to a viewer used to the 21st-century clichés that define what we think is natural.

The assumption in the video is that photography is an entirely mechanical craft that simply records what is in front of the lens. Whatever light the plate or film is capable of receiving, that is what we see in the published photograph. This is an entirely wrong assumption.

For an extreme example, let us take this photograph by Robert Demachy, which was published in 1906. 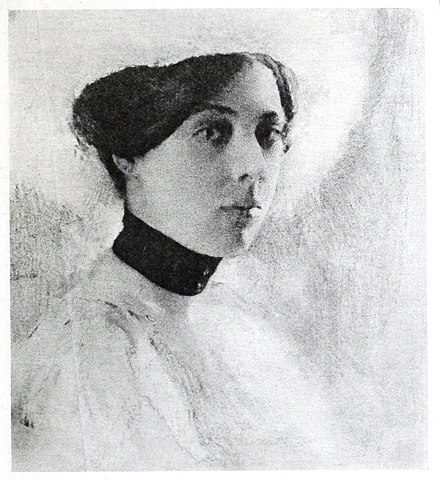 This is not a print that records exactly what was in front of the lens. Demachy was an artist. The things in front of his lens were only raw materials, which had to be molded into his vision of what the portrait should look like. Demachy was well known to torture his prints with all kinds of alterations. In this case, because there are handwritten notes on the back of the photograph, we know something about what he did:

The head has been developed by affusions of warm water, the dark background removed by a slightly hard brush. The hat similarly simplified has been reduced until its existence is only just indicated.

Few photographers went to the extremes of impressionism practiced by Demachy. But that does not mean that they did not know how to make their subjects look exactly the way they thought they ought to look.

Consider the matter of lighting. In the video, the “restored” faces are shown in more even lighting from multiple sources, which is fashionable in portraits today. There has been an attempt to make the primary lighting come from the same direction, but nothing has been done to block secondary sources of light. But the deep shadows in Lincoln portraits were not a mistake or a limitation of the plates. They were there because photographers of the era thought multiple sources of light were an aesthetic crime against nature. Their single-source lighting made for strong shadows, which helped the photographer delineate not just the form but also the character of the sitter. The extremes to which photographers went to perfect the lights in their studios were legendary.

I can remember when ambitious photographers, or, to speak more accurately, daguerreotypists, considered a cone light a sine qua non, and these monuments of folly rose skyward from many a city and village all over New England. Imagine one of them starting from the ceiling of the topmost story of a building, no matter how high the ceiling might be from the floor, with a circular base of say 8 feet, and extending perpendicularly into the air a distance of 15 or 20 feet, tapering in form and approximating a point at the top…. Bear in mind it was only the elite amongst the picture-makers that rejoiced in the possession of these expensive, up-to date pyramidal lights: the others got along with side windows or little flat sky-lights as befitted their humble standing. Yet these great leaders were not entirely harmonious in their views on the subject, some contending that a four-sided pyramid was even better than a conical one, and the height and taper led to warm discussion. —“The Pedigree of the Slant-Light,” by Gustine L. Hurd, in The International Annual of Anthony’s Photographic Bulletin, 1897.

So when you see Abraham Lincoln’s every wrinkle etched in shadow, it is not because photographers did not have the technology to make a better picture. It is because they applied very expensive technology to the problem of making the picture look exactly that way. That was what the people who knew Lincoln when he was alive thought he looked like.

Why is it worth bringing up this one video among millions? Because it exemplifies perfectly the dominant intellectual fault of our age. We see changes in fashion and mistake them for advances toward Truth. We honestly believe that Mathew Brady would have made his pictures with the flat, even lighting of today’s commercial portraits if only he had had the technology. Because of that belief, we reject the past as largely worthless. Any deviation from our current aesthetic or moral standards is a deviation from what is true and correct, and a sign of the ignorance of past ages. This is not an attitude unique to our age, of course; note how the up-to-date modern photographer of 1897 regards cone lights as “monuments of folly.” But our age seems more determined to repudiate the past than the people of 1897 were.

If you would like to know more about what photographers of the past did to make what they, in their laughable ignorance, considered a good picture, you can start at the page on Photography in our Eclectic Library.