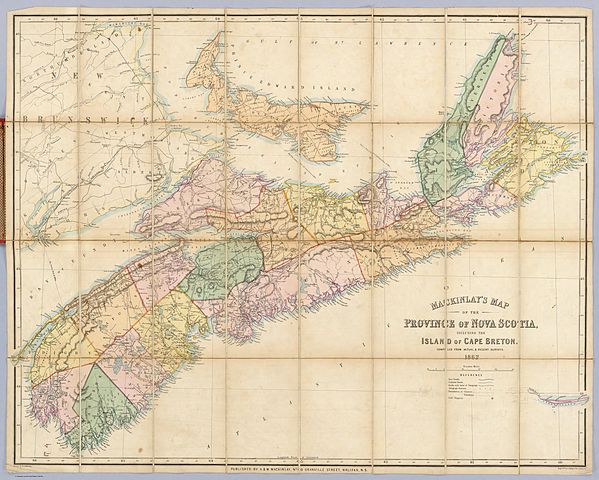 Part 5.—What to See in Nova Scotia.

Nova Scotia is the original home of the Cajuns, who can now be found in southern Louisiana, which just goes to show that you never know about some people.

Annapolis Royal is the site of Port Royal, the original capital of l’Acadie. In 1710, the British conquered the French colony and eventually ejected the French inhabitants in order to give Henry Wadsworth Longfellow something to write about.

Truro is famous for its tidal bore, a wave that rolls up the river as the tide comes in. First-time observers are advised to moderate their expectations by noting that the phenomenon is not called the tidal very exciting.

Halifax is the great metropolis of the Maritime Provinces. If it were moved to the United States, it would be the 125th-largest metropolitan area, ranking above Saginaw (Michigan) and Salisbury (Maryland) but well below Canton (Ohio) or Hickory (North Carolina). Halifax is famous for blowing up during the First World War, when a collision involving a munitions ship leveled much of the city, thus demonstrating that one human error ≅ one atomic bomb. Tourists may be assured, however, that Halifax blows up only once a century or so, so the likelihood of being there when it happens is relatively small.

Peggy’s Cove is a picturesque fishing village, with clapboard houses and a quaint wooden Gothic church, that was created by Hollywood set designers. Stay away from real fishing villages, which usually consist of ranch houses surrounding a smelly corrugated-aluminum processing plant.

Cape Breton Island is a fascinating mixture of breathtaking coastal scenery and dumpy industrial cities, not to be missed by connoisseurs of either. On Cape Breton Island is the Alexander Graham Bell National Historic Site, where Mr. Bell spent his retirement years experimenting with airplanes, high-speed hydrofoils, and anything that would go fast enough or high enough to get him out of earshot of that infernal eternally ringing telephone, which he hated with a passion.