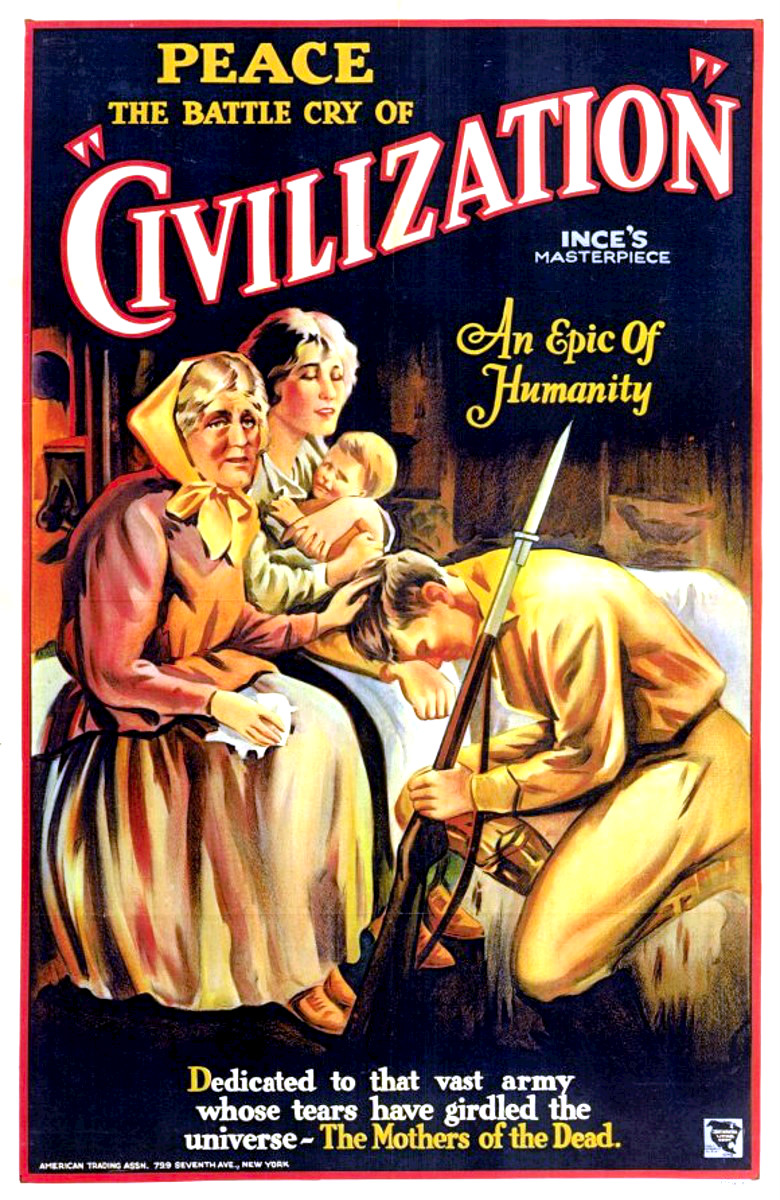 “The film was also the first to depict Jesus Christ as a character in a motion picture,” says a Wikipedia article about the 1916 movie Civilization, a grand allegorical spectacle that, like Woodrow Wilson, kept us out of war (until, of course, we got into the war).

The Wikipedia article explains that “George Fisher was given the daunting role of playing ‘The Christ’ in Civilization. He was ‘the first cinema actor to portray Christ for the screen’”—a statement quoted from a contemporary article in the Los Angeles Times that rather breathlessly tells us how Mr. Fisher “lived the life of a recluse, spending his time in study and meditation” in preparation for the role. It even quotes him in words so obviously generated by the the Ince studios’ publicity department that the reporter must have blushed purple as he typed them: “I can say in truth that the playing of this part has affected my whole life and the impressions will never leave me. I have tried earnestly and sincerely, with a deep prayer in my heart, to bring a message to the world, one which will reach, perhaps, millions. Now my only wish is that whoever may witness the performances of ‘Civilization’ will realize only the truth and beauty of the message.”

Nothing has changed in ninety-nine years: publicists still ladle out barefaced lies, and reporters eagerly slurp them up because the alternative would be working for a living. Barefaced lies? Yes; you, dear readers, know that the whole story was a lie, because you have seen The Life of Christ, a film that was a great success in 1912, making a profit at least twenty-five times its budget, according to that film’s own Wikipedia article. A film so successful would not have been forgotten in Hollywood circles four years later. But it was useful publicity to suggest that the portrayal of Christ on screen would be something daringly new. So the publicity department simply lied (which is doubtless what Jesus would have done in their place), and a century minus a year later, we still believe the lie. At this point, we must bow in simple admiration of the publicist’s craft.