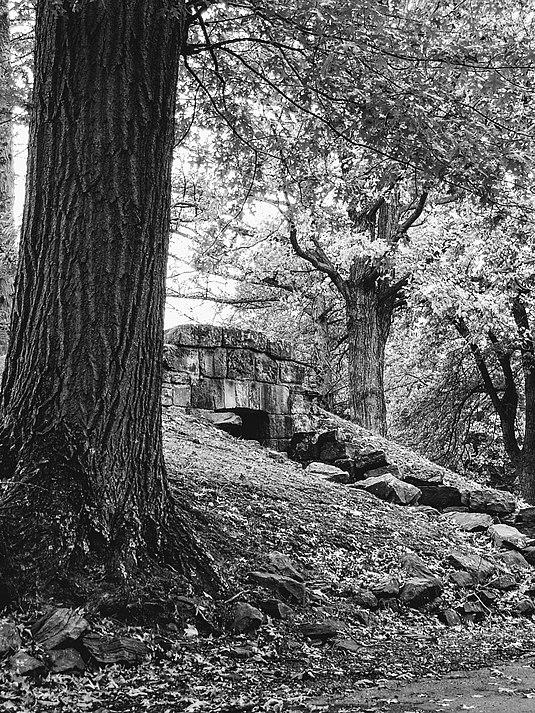 Our friend Father Pitt keeps the Pittsburgh Cemeteries site, which is a very good place to spend an hour or so for Halloween. He thought this picture had a fine air of mystery about it suitable for the occasion. It may be the entrance to a family burial vault in the Highwood Cemetery. Or it may be the portal from which Bulwer-Lytton’s Coming Race will soon emerge.

There is no better time to announce that old Pa Pitt has discovered three new worlds. In fact they are old worlds, but the sites are new or newly redesigned.

The Mirrour of the World, named after a book by William Caxton, collects pictures of things and places that do not belong in Father Pitt’s main collection or on the Flora Pittsburghensis site.

Two-Color World presents a collection of pictures rendered in old-postcard colors, as they would have been in the days when printing in two colors was a reasonable economy over printing in full natural color.

Monochrome World shows us all the colors of grey.

The three sites are meant to be as simple as possible, each controlled by less than a kilobyte of CSS code. Only the pictures are data-heavy, and those are donated to Wikimedia Commons, which has the server capacity to serve them up as often as you like.